“The people who are in the community, you know, the cars, they love us,” says Tyrone “Baybe Champ” Stevenson Jr., aka the Scraper Bike King. “They honk their horns, you know, they get out the way, they respect us. We’ve been doing this for a long time, a long time.”

When Tommy Francois, the VP Editorial at Ubisoft, was on location in San Francisco, he was fortunate to witness the stunning view of a city street lined with colorful, personalized, decorated bicycles, those which Tyrone was referring to in the interview above. On that visit, Tommy and his team learned about scraper bikes, a cultural phenomenon in the San Francisco area that uniquely captures the spirit of the city.

For those unfamiliar with the term, scraper bikes are bicycles that are custom modified with decorated spokes made from duct tape and paint, making them more than just bicycles but rather works of art. They have a growing presence in the San Francisco area and have become a local movement that has positively impacted the city’s youth.

The Ubisoft team was sent to San Francisco to gather research for the video game Watch Dogs, which is about hacking and is set in San Francisco. While there, they decided to interview not only tech people but locals as well. So why would the billion-dollar gaming company waste time and money on such seemingly inconsequential interviews?  As Tommy explains, it is all part of Ubisoft’s revolutionary system for finding creative inspiration.

Authentic creation of a video game environment requires a deep level of understanding because the details bring the setting to life and allow gamers to truly experience that environment. The lesson learned on location is that San Francisco is more than just historical landmarks like the Golden Gate Bridge. San Francisco is an amalgamation of all the sights, cultures, people and objects within it…and that includes scraper bikes.

Creativity is an important component of any product in any industry, and as Tommy’s story demonstrates, creativity is found in the details. Ubisoft has fine-tuned its process and has developed countless hit games, including Assassins Creed, Tom Clancy, Rainbow 6, Splinter Cell, Just Dance, Watch Dogs, and Far Cry. Want to learn how to make innovation happen in a huge market where it seems like everything ‘has been done before’? Read on as Tommy shares Ubisoft’s revolutionary system for unlocking creativity that will help you outshine the competition.

Ubisoft uses the following system for designing popular video games, but any entrepreneur or business owner looking for creative inspiration for their next big product or service can use it too.

1. Leave Your Pre-Conceived Notions Behind 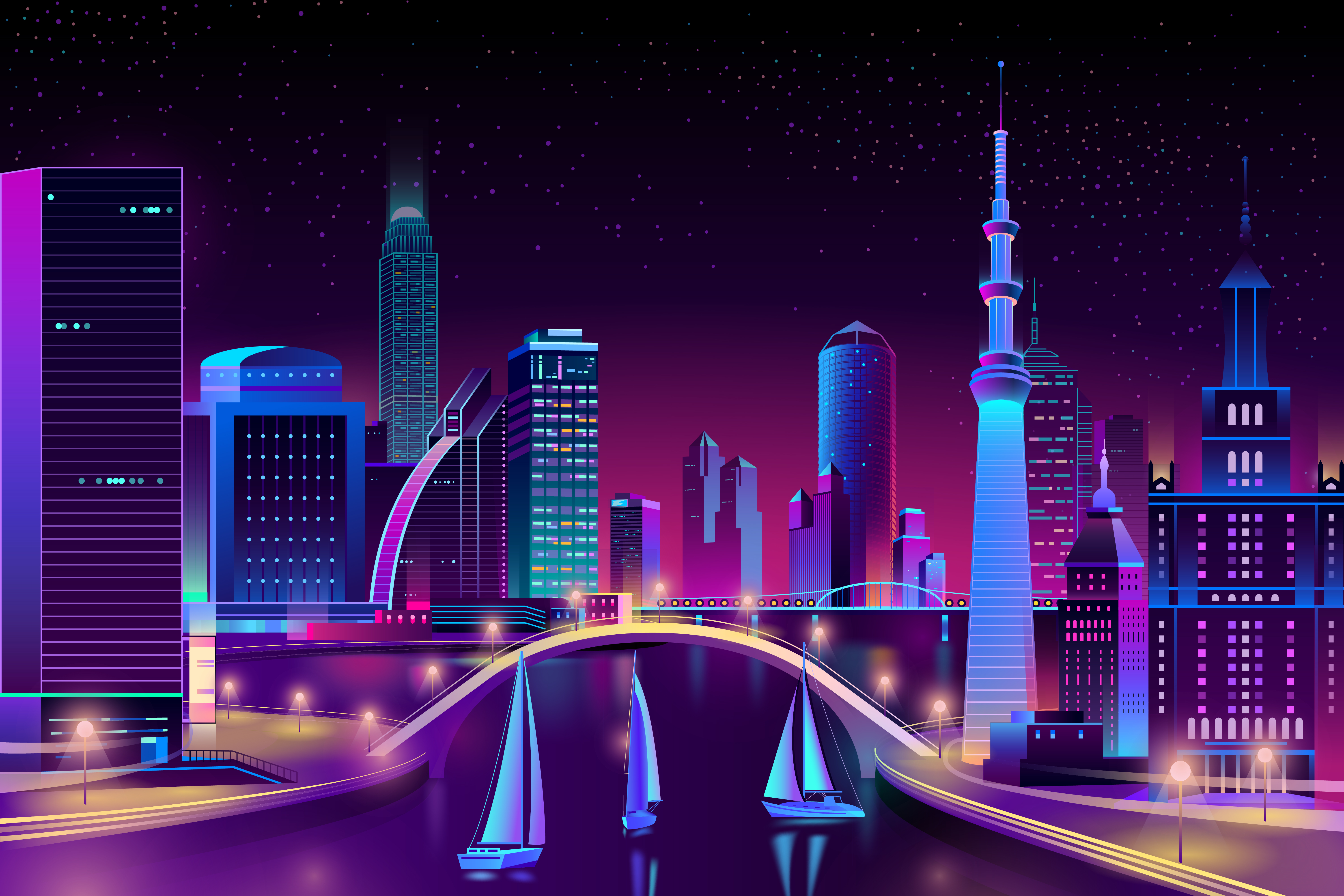 Many Ubisoft games are non-linear; they do not follow a straight storyline and instead present the gamer with a 3D environment that they can explore in their own unique ways. Although the environments are sometimes fictional, many take place in real cities or are based on actual locations.

As someone who grew up near New York City, Tommy thought he was primed and ready to help create The Division, a Tom Clancy video game that takes place in NYC. However, in the process, he was shocked by how little he actually knew.

Going back to the city with a different point of view made him realize how wrong some of his assumptions and thoughts were. Leaving the pre-conceived notions behind allowed Tommy and his team to unlock a deeper and truer picture of the city they thought they knew. “What you need to understand in the process of finding creative inspiration is how to be humble, how to not know anything,” says Tommy. “If you think you know it, you won’t see it.”

If the creative process should not start with pre-conceived notions and assumptions about what we think we know about the world around us, then it must have to start with research of some sort. However, Tommy warns that you should be careful where you find your research-based inspiration.

When creating worlds for video games, it might seem simple because there are so many examples out there. Creating a fantasy brand? Learn from Lord of the Rings! Want to do something new in sci-fi? Turn to Star Wars for ideas!

Not so fast. While these are stellar examples of each genre, Tommy says it’s a danger and a trap because (a) it’s someone else’s work and (b) 90 percent of the examples out there are not even good enough to be worthy of copying.

Tommy says that, unfortunately, the video game industry has become one where “we’re not thinking, we’re reproducing,” and in truth, this happens in a lot of markets. The best video games, products, and services are not copies or reproductions of others, but ones where creativity is unleashed and new flavor is brought in to delight customers and users.

Instead of looking at the interpretations of others for finding creative inspiration, the Ubisoft method is to get firsthand experience and observational data by going on location. This method was first used when creating a sequel in the Far Cry series, which is set in the fictional world of Karot but inspired by Tibet and Nepal. When teams were sent to these regions to get a first-hand view, they were shocked at how much they got wrong in the earlier versions of the video game. “Dude, we built the Disneyland version of what Nepal is!” exclaimed one team member. Everything from the houses to the feel of the design had to be revamped to make it more authentic and fresh.

Ubisoft has since sent many team members to video gaming locations, including New York City for Tom Clancy’s The Division, San Francisco for Watch Dogs, Florida for The Crew, and Panama for the upcoming Avatar video game. “When you spend time on the location you have to un-learn everything that you thought you knew because it’s very different, and it’s a wonderful pool of inspiration for us,” says Tommy. From the buildings and the natural environment to the signage and culture, there is an exponential inspiration to pull from when you objectively take in the world around you.

4. Talk to the People

When exploring a new or even familiar environment, it is also crucial that you talk to the people who live and experience that environment on a daily basis. Ubisoft does this by interviewing all sorts of people at each location and then logging the stories and images in a database where teams can get inspiration as they are creating new video games.

“We’ve interviewed everyone from a street preacher to a master of martial arts,” Tommy says, reflecting on the trip to New York City. “Everyone has their opinion of what New York is, and if its inspiration for me, it’s gold.” Similarly, personal interviews with racing and engine-lovers in Florida were used to shift the focus in a sequel of The Crew. While the team originally thought ‘innovation’ would mean a horizontal expansion to Europe, the interviews made them realize that they could expand vertically by staying in the United States but adding more ‘toys’ to the game and nailing the culture they heard reflected in the interviews, which is about the love of racing, engines, and families.

5. Check Your Ego at the Door

Ubisoft video games are created by teams that range from dozens to hundreds of members, and many other entrepreneurs and businesses also use collective creation to design and innovate their products and services. However, while more ideas can mean a better final product and a more efficient system, it can also mean disagreements where each team member loves their ideas so much that they fight to keep them.

“When I see creatives fight, I’m sad because it means that their egos are fighting instead of serving the greater purpose,” says Tommy. It’s not about pushing your own ideas; it is about creating a product that your customers and users will love, so try to understand the bigger purpose of what you’re doing.

“Ego is dangerous when it comes to creating things for other people, for obvious reasons,” says Tommy. To avoid pitting ego against ego, Ubisoft teams often go on walks instead of sitting down at meetings. Not facing one another creates a less competitive environment and one where people are growing and moving forward together, both physically and mentally.

Letting go of preconceived notions and instead gathering experiences and observations from real environments and the people in them are key techniques that Ubisoft uses to innovate and succeed in the crowded video game industry. This hands-on and eyes-open approach in finding creative inspiration can be applied to any other industry or market too. “We still need to listen to stories, meet people’s faces, listen to people,” says Tommy. “Go smell the grass, listen to people. You won’t believe where inspiration comes from.”