3 Ugly Truths about Innovation, from John Warner, Head of the Warner Babcock Institute for Green Chemistry

“He creeped me out,” John Warner recalled, as he recounted his first encounter with Edwin Land, the founder of the Polaroid Corporation and one of the greatest inventors in U.S. history at the time.

It was 1986 and Edwin had just phoned to request a meeting with John Warner, one of the world’s brightest medicinal chemists. “John, I’ve been following your career,” said Edwin over the phone. “I remember when you were at the National Academy. I remember you on the cover of Celebrity Magazine. Let’s have lunch.”

“I’m thinking, ‘This guy’s a stalker,’” said John. “I told six people where I was going and when I’d get back.”

“So I go and have lunch with this guy, and at lunch, he offers me a job to head exploratory research at Polaroid. I’m 24 years old. I say ‘Dude, I’m a medicinal chemist.’ I had two academic appointments already. He told me how much he wanted to pay me, and I said, ‘When do I start?’”

@JohnWarnerOrg, pioneer in #greenchemistry, discusses the ‘ugly truths’ about #innovation so you can become a pioneer in your industry too!

This is just one of the many big moves John has made in his fascinating career as an innovative chemist pioneering the concept of green chemistry across the globe—and the lesson for budding entrepreneurs is that you too cannot be afraid to pivot at the right time.

A musician turned chemist, John worked on cutting-edge pharmaceutical breakthroughs in the lab at Princeton, spent 10 years doing exploratory research for Polaroid, then 10 years as a tenured professor at the University of Massachusetts, and finally left that position to form the Warner Babcock Institute, an invention factory where he and his 25 colleagues put green chemistry principles to work to create new molecules, substances, and technologies that are better for human health and the environment.

Together John and his team have made breakthroughs in areas ranging from pharmaceuticals and oncology to material science and consumer products. In the process, John has uncovered some interesting realities about the process of innovation. If you too are looking to make an impact on the world with your great ideas, here are three things to keep in mind.

Check your preconceived notions about innovation at the door. With these lessons, John gives us insight into the ugly truths of innovation. 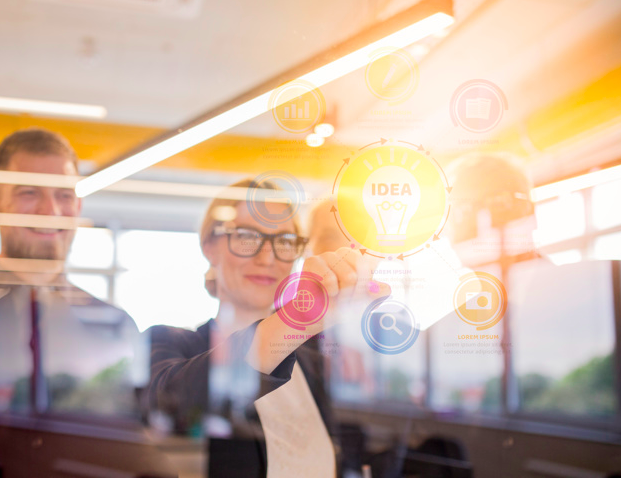 “Lying in bed the night of his funeral, I’m asking myself, ‘I wonder if something I touched in the lab caused my son’s disease?’” John’s son, who was two years old, had just passed away from biliary atresia, a rare birth defect with an unknown cause.

This eureka moment, plus a chance encounter with Paul Onassis, an old friend who now worked for the EPA, led Paul and John to write the revolutionary book Green Chemistry: Theory and Practice. Except John admits that the book wasn’t radical at all. “Anyone could have written this book; there’s nothing amazing about this book,” he says. “You’re waiting for something that should say ‘Wow, this is something!’ but it’s just so obvious. Sometimes it’s the obvious things that escape the attention.”

The ugly truth is that innovation can actually seem pretty basic and obvious. The things we take for granted and which escape our questioning eye are those that show the greatest potential for innovation.

Lesson 2: There’s Nothing New Out There

“Where do products come from?” muses John. “We take molecules. We turn them into materials. We call that basic research. We turn materials into components. We call that applied research. We turn components into devices. We call that development. When we do a lot of that, we call it manufacturing. To do this well, what does any organization have to focus on? Performance. Cost. Hey, wait a minute, that was my definition of green chemistry! There is nothing new here. There’s nothing new to the business. It’s just that now we’ve put the environment in the middle.”

Once again, John is humble to say that his cutting-edge ideas on green chemistry are obvious and ‘nothing new.’ But another ugly truth about innovation is that it does not require you to completely start from scratch. The building blocks for inventive ideas are all around you; it’s simply up to you to decide how to arrange them and from what angle they should be viewed.

Lesson 3: Innovation Happens in the Periphery 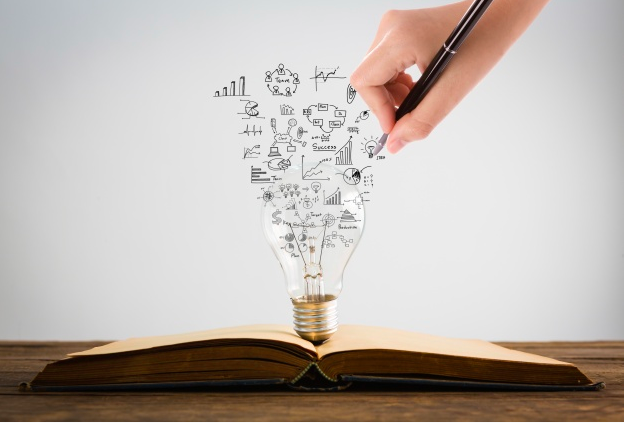 The projects completed and underway at the Warner Babcock Institute involve everything from life-saving drugs to new materials for construction and paving to an alternative to hair dying that works with your natural ‘hair print.’ John and his team have been able to innovate in so many diverse ways because, as John puts it, “I don’t believe invention happens at the focal point. It happens in the periphery.”

Take, for example, the Alzheimer’s drug that the team has been working on for years in order to reduce the effective dose to minimal quantities. The knowledge gained from that project then led to a breakthrough in asphalt paving. They may seem like two different areas, but to John, they are quite similar – both are organic polymers wrapped around inorganic particles. “A molecule doesn’t know what industry it’s in. If we use the tools of chemistry, we can work on almost any problem, and that’s the magic.”

“It’s the highest intellectual challenge for the human race—to invent the things we need without impacting human health and the environment.”

One of the ugly truths about innovation is that it rarely happens when you put your face down and focus exclusively on that innovation. Cutting edge invention happens when you are constantly learning from the world around you and applying that knowledge to seemingly unrelated areas.

“Today, in 2017, I would argue over 65 percent of technologies haven’t been invented yet,” says John. “This isn’t an epic battle between good and evil. This isn’t industry hoarding nasty technologies because they are so profitable. There is a fundamental disconnect in the ability to solve these problems.”

Over the years, society has become more vocal in demanding safer, sustainable technologies, which means that just about every industry is ripe for innovation to achieve this global goal. “It’s the highest intellectual challenge for the human race—to invent the things we need without impacting human health and the environment.”

John has uncovered the ugly truths of innovation, which has lead him and his team of scientists to countless breakthroughs—and you can use those same understandings to make innovative developments happen in your industry too. Are you ignoring the obvious? Trying to reinvent the wheel? Reacting to problems instead of coming up with new solutions? There is a better way to construct the future and to illustrate that, John leaves us with this hypothetical scenario: “A big tanker truck is barreling through Cambridge, and it tips over. You can either go get body bags, or you could get a broom. Which would you rather?”