5 Lessons on Entrepreneurship from Victoria Montgomery Brown of Big Think

“His nickname is Roger, so I figured it must be something with Roger in it,” said Victoria Montgomery Brown, who cleverly decoded Richard Branson’s email address in order to pitch him her big idea. In the end, her hunch was correct, and Branson agreed to be one of the first interviews for Big Think, a video knowledge platform that would feature elite experts sharing their wisdom with people who would not normally have access to those experts.

Big Think was an idea that, until that time, had been scoffed at by others, but after Branson came on board, everything changed. One by one, they all started to fall like dominoes.

Victoria Montgomery of the successful online platform @BigThink shares 5 important lessons that will help you bring your entrepreneurial #dreams to life. #entrepreneur #business

Recruiting elite experts suddenly became simple when you could add the line, “Well, Richard Branson has done this.” And the same concept worked with investors. “The first five investors were pretty notable people,” says Victoria. “We had the notion that if we could get any one of them to invest, somebody else would invest alongside them. It was just like a chess game.”

Believe in the momentum of your business is the lesson here, and from this wild journey, Victoria has plenty of other lessons on entrepreneurship to share with budding entrepreneurs who have big ideas and are ready to bring them to life.

5 Lessons for Turning Your Entrepreneurial Dream into Reality

Big Think is an online platform that offers short-form video content aimed at sharing ideas and expertise from some of the world’s leading thinkers and doers across disciplines with an audience that typically would not have access to those experts. From an initial idea in 2005 to a popular learning portal today (with 3,000 experts, a public-facing website that reaches 60 million people per month, and a corporate subscription program called Edge), Victoria has over a decade of experience in starting and running her own business. Here are five of her best tips for entrepreneurs who are just starting to work on their great idea too. 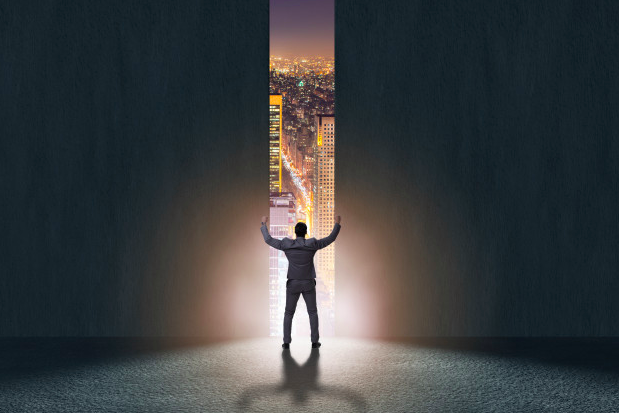 When Victoria graduated, the economy was down. She contemplated going into banking for a year or two then starting a company, but the jobs were hard to come by. She ended up working for Charlie Rose, which was an excellent experience, but it was not what she wanted to be doing after graduating from Harvard Business School.

“When things seem bad, it can often be an opportunity,” says Victoria. What seemed like a failure at the time actually boosted her to move more quickly upon the path of entrepreneurship. Before making the move though, she suggests you start with two crucial elements—come up with a brilliant idea, and identify the people you want to work with. “Finding a business partner and a mission that can sustain even the worst times is the thing that defines Big Think the most.”

Lesson 2: Know How to Network

One of the first people to invest in Big Think was a connection that Victoria had from Harvard Business School. Getting money is tough initially because no one wants to be the first to put in. Having a connection who was willing to take a huge risk helped other investors feel safer to throw their money into the pool too.

However, Victoria cautions that you have to know the right way to network. This, for here, is one of the most important lessons on entrepreneurship. “I’m of the firm belief that you should be in touch with people that have helped you or that you can help on an ongoing basis, not just when you need something.” People can tell when you are just using them, so be pure of heart in the way you approach people.

Lesson 3: Ask More from Your Investors 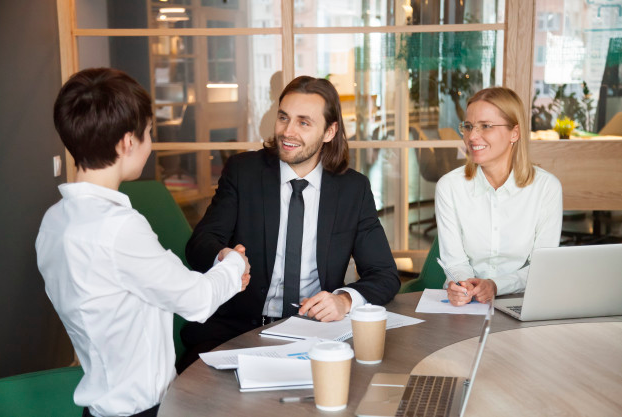 With Big Think, Victoria says they chose individual investors with the expectation that they were not just going to give money but we’re also going to share their time, advice and expertise. They studied the passions of investors and pitched only to those who had the same core values and beliefs. Assembling the right group of investors has been invaluable to Victoria and her company. Throughout the years these investors have been the best mentors and have coached her through the rough times.

Lesson 4: Listen to Your Audience

Big Think video interviews are structured to boost engagement, with the expert facing the camera (talking directly to the audience) and the interviewer not shown on camera. They were designed to be engaging on any mobile device, knowing that people use a range of devices to access the internet in the modern era, not just the traditional desktop computer. Most videos are between 2-3 minutes long as well because Victoria and her team found that people have shorter attention spans and so longer content was not as useful.

Being receptive to the audience is also an important aspect of the Edge subscription within Big Think. These B2B subscriptions are meant for big companies, so when pitching the product, they learn what the objectives of the company are so they can tailor the content to the company’s needs. When organizations express an interest in topics like design thinking, diversity, inclusion and millennials, Victoria’s team looks to expand the video library in those areas. By listening to customers wants and understanding their behaviors, Big Think has been able to provide value that is greater than what you find on YouTube and other competitor websites.

Lesson 5: The Norm May Not Work for Your Business

When Big Think first launched its Edge subscription program, the norm in the industry was to base the pricing on the number of users who would view the content. However, this means that the more people who use it, the pricing model ‘penalizes’ the company. About two months in, Victoria says they changed the pricing strategy because it was not in accordance with their values. “We believe that as many people in an organization as possible should have access to the content,” says Victoria. The new pricing structure charges based on the amount of content rather than the number of users.

“I’m an entrepreneur at heart. I’m somebody who’s passionate about ideas and knowledge,” says Victoria.

“I’m an entrepreneur at heart. I’m somebody who’s passionate about ideas and knowledge,” says Victoria. A firm belief in her mission to “provide people with knowledge that they can apply to their own work or life to make it better” has propelled Big Think from a big idea with many naysayers to a platform visited by millions each month and used by large corporations to provide ongoing learning in the workplace. Network connections, investors, audience, opportunities and company mission are all part of the secret sauce of success. Take advantage of these golden lessons on entrepreneurship, and you too could bring your entrepreneurial dream to life.