“When I was a kid, my dad had a secret stash of magazines I wasn’t supposed to know about, hidden in the garage, buried in a box. But I knew where they were, so I’d sneak into the garage and leaf through the pages of those sexy Popular Science magazines because I wanted to know what the future would look like.”

Flash forward and David Graham, formerly the Deputy Chief Operating Officer for Smart and Sustainable Communities in San Diego and currently the Chief Innovation Officer for the neighboring city of Carlsbad, would find himself in the position of creating the cities of the future. Here is a look at his work pioneering civic innovation in San Diego.

The Four Horsemen of the Metro Apocalypse 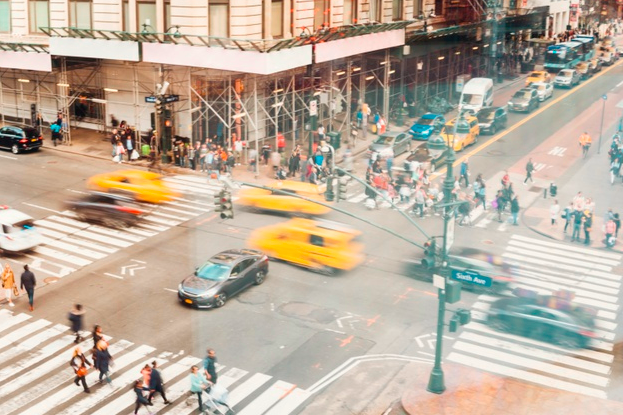 The concept of ‘smart cities’ means bringing technological advances to a city that will improve its operations and the quality of life for its citizens. “But I’m going to admit something to you right now,” he says. “Most of our cities are incredibly dumb.” Why? Because there are some major challenges holding them back.

“We have these great technological advances to create things like cleaner mobility,” says David, “but the fundamental building blocks of our cities are still flawed.” When thinking about the challenges that cities face, he likes to think of them as ‘the four horsemen of the metro apocalypse.’

We know that by 2030, a third of the world will live in cities of 500,000 or more. Rapid urbanization means cramming more people into less space.

Around the US, $4 trillion dollars of investment is necessary just to catch up with the underfunded infrastructure investments.

Climate change is something that is affecting the entire world. While there are still deniers, even corporate America has come on board. When banks and rating agencies for bonds look and ask about your city, they ask whether the city has sustainability officers, because climate change is a real and specific threat.

The city of San Diego got a million attacks a month on their network, many from known malicious addresses and over a hundred thousand that are verified to be specific attacks on the city. “This is probably our number one threat that we’re facing in cities today, and the one that we are least ready to deal with,” David adds.

Civic Innovation Is the Solution 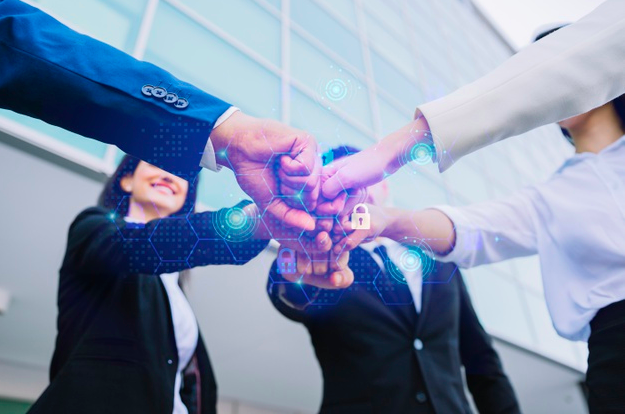 The solution to these problems is found in civic innovation, says David. Broadly defined, it’s the process of co-creating with outside parties in order to strategically use technology and data to solve city problems. To look at it more specifically, we can examine several components and key ideas within the philosophy and process of civic innovation.

Gathering data is the key to figuring out what’s going on in your city. To do this, San Diego made use of the most mundane of urban objects—the streetlight.

The streetlight is a fundamental piece of infrastructure that people walk by every day but rarely notice. It helps illuminate the night, thus providing safety and security for citizens. But the fact that streetlights are everywhere and are the perfect height to ‘look down’ on the streets and sidewalks below means that they can contribute so much more to the city than just light.

In San Diego, they decided to replace 14,000 streetlights with not only improved lighting but also a cellular network and sensors, thereby creating the largest municipal internet of things platform ever. Cameras, microphones, environmental sensors, all in one neat package. “The humble street light is now one of the most powerful sensing devices for civic learning that has ever existed,” says David. Some of the many uses are traffic congestion management, improving pedestrian safety, and parking optimization.

Gathering data is important for civic innovation because it allows city officials to make data-empowered decisions. Data tells the city where it should invest money and can validate whether past money was invested properly.

Changing Bureaucracy from the Inside

Bureaucracy is not known for risk-taking. In fact, it is more known for regulations, restrictions, and lockdowns that prevent innovation. David mentions that to really change our cities, we have to shake that up, and that means “we have to change things from the inside.”

Getting help from outside innovation partners allows the city government to get ideas that they may not have (and possibly would never have) thought up on their own, for these outside partners are the true disrupters, not those within the bureaucracy itself. But truly embracing and implementing the ideas of disrupters means that the bureaucratic mindset has to change—departments and city officials have to be okay with taking risks and even accept the possibility that certain pilots will fail.

“If we never take a chance, if we never take a risk, then we’re never going to get where we need to go in our communities,” says David. This requires a mindset shift and also a different way of viewing and operating the city.

Co-Creating With Outside Partners

As mentioned above, civic innovation requires the city to partner with individuals and entities that are true disrupters. “They’re the ones that are willing to push the hardest and the furthest, the ones that are willing to try new things and put themselves out there,” says David. While civic innovation happens within the bureaucracy, it must happen in collaboration with startups, academics, and others who have different visions of what a future city may look like.

For example, David reflects on the changes that have come in the “last mile” transit within San Diego. Light rail and buses take people downtown, but how do these people get to their end destination? Bike share programs were once popular—first docked bikes, then dockless bikes. Now many of these bikes are gone because e-bikes and scooters showed up and have become popular with citizens. The government did not think of these last-mile mobility solutions—the private sector did. However, by embracing these solutions from startups and creative companies, a crucial urban mobility challenge is solved, and the city also reaps benefits such as less pollution and congestion.

Another example of partnering with outside parties has to do with solar panels. David recalls that the system for getting a solar panel permit used to be clunky and time-consuming. To improve this, San Diego decided to take a big risk and eliminate the front-end process, essentially relying on the private sector and engineers themselves to self-certify. By taking the government out of the process and “letting industry do what industry does best” solar panel permits skyrocketed, and the city has been able to benefit from less fossil fuel usage and less pollution.

For civic innovation to happen, citizens, themselves must also be part of the process. Younger generations have higher expectations regarding technology and the efficient delivery of services, expectations which are pushing the city to come up with solutions and make the city a more convenient place to live. But successful implementation and adoption require buy-in from the community, and so San Diego has tried many strategies.

One is their open data policy, where all data sets are out there for people to view and play with. Another is transparency. The city seeks to be transparent about what they’re deploying, so citizens understand not only what is happening but also why. For example, before installing sensors on the streetlights, San Diego sought fun and engaging way to bring the community into the conversation. Instead of doing a boring survey, they held a block party. “Basically, we told people to come co-create with us,” says David.

Another example is an app the city created called Get It Done, and which David says “harnesses the awesome power of grumpy people.” The app allows residents to report problems they see in the city, including broken parking meters, potholes, abandoned vehicles and even poop on the sidewalk. How it works is that the request comes into the department, the person who reported the problem gets a message back acknowledging the request and giving a window of time for it to be fixed, then after the problem is fixed, the resident gets a message that it has been fixed, along with a photo proving it. David says that this app increased civic engagement and creates positive interactions with the city. It also saves money and helps residents feel that they have a more responsive and agile government.

David says that although San Diego is focused on “doing practical, pragmatic civic innovation” the city also goes for moonshot ideas. “Cities are piloting some of the most amazing ideas that are moonshot,” he says.

What does David mean by moonshot? As he explains it:

“What do the CAT scan, baby formula, dust buster, computer mouse, memory foam, headphones, selfie stick, and digital camera all have to do with each other? They would not have existed without the space program. All of those things, the fundamental technology for them, came from our desire to go into space and go to the moon. So when you talk about a moonshot, these are the types of things that can come when you set your sights high and then see what innovation can follow.”

San Diego’s moonshot ideas are tied to their climate action plan, which includes 100% renewable energy, 90% diversion of waste from landfills, and 50% of single-vehicle trips changed to walking, biking or alternative modes of transportation.

“This is really our moonshot,” says David. “And it’s driving a lot of our work. Ambitious big goals that are going to change the way we end up living.”

“What we’re doing in cities is life-changing,” adds David, as he reflects on the civic innovation work being done in San Diego and in other cities around the globe. “LIFE because of quality of life and the way we live. We’re not accepting the same old dirty, polluted, annoying, terrible way of living in our cities. And CHANGING because innovation is powering the next version of what our communities are and can be.”