7 Innovation Tips from the Theatre to the Executive Office

“As all good business deals happen, I was in a bar talking to another theatre professional, martinis in hand, and he said, ‘I think we should start a theatre company.’ I was like, ‘I’ve already got one—I don’t need another.’ And he looked at me so earnestly and just said ‘No, a company for us. We need to put this kind of work and our people and our faces in front of the city all of the time. This is how we break down barriers—by showing people our stories and our humanity.’ Two martinis in and I was crying. I’m like, ‘This is the greatest idea ever; we should do it.’ And we did.”

That story from Dawn Simmons, a playwright, and director with dozens of successful projects in Boston theatres, came after she had just finished an all-black theatre show with an all-black cast. The conversation with Maurice Parent led to the creation of the Front Porch Arts Collective, a black-led theatre company located in Central Square, which aims to “break down boundaries by having theatre shaped by the diversity of the community it represents.”

Front Porch, as Dawn calls it for short, was created with hopes to inspire, empower, and create a platform for underrepresented artists in Boston and New England. As a trailblazer who has been fighting racism and encouraging diversity in Boston, Dawn shared with us several innovation tips and insights that she has learned in her career in theatre which are applicable to any industry and any entrepreneur.

1. Immerse Yourself in Every Aspect of Your Business/Industry

Dawn studied playwriting at Boston University and got a job right away after school, even though she knew from early on that she wanted to run a company. “I took every opportunity that I could find within my field,” she says, “just so that I could learn more about the field I wanted to work in.”

Like any business, theatre is complex, with many different moving parts and pieces. One time, Dawn took on the job of running crew on a play: running after actors, changing their clothes, handing them props, and changing the scenery. She also took a job as an administrative assistant, and positions in literary management and company management.

All of these jobs gave Dawn a larger view of how a theatre business operates, and how each job has a specific function that contributes to the end result you see on stage. All budding business owners can do the same thing, learning as much as they can about their business or industry, so they understand how all parts work individually and how they work together as a whole.

2. Meet Everyone You Can 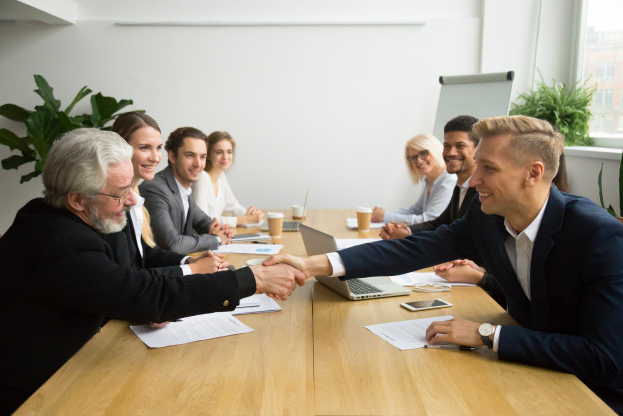 While Dawn was sampling all aspects of theatre to get an understanding of business and production as a whole, she was also focused on connecting with others in the industry. “Be in every room that you can, meet every person of importance that in the field that you can,” says Dawn. “There are so many people that I met when I was 25 that, right now in my mid-40s, have pushed me to be where I am or who just opened a door.”

Dawn says she can’t say enough good things about professional organizations. The people she met gave her insight into the Boston theatre scene, and the network she built helped further her career. In fact, Front Porch Arts Collective is currently being funded by three Boston theatre companies (Lyric State Company, Central Square Theatre, and Greater Boston Stage) all thanks to the connections she and her business partner Maurice made throughout their careers.

3. Dare to Be Different

Before starting Front Porch, Dawn started another theatre company called New Exhibition Room, which focused on things that were different, exploratory, and often covering subjects regarding interpersonal and socioeconomic politics. This sort of theatre was not really being done in Boston at the time, which gave the company a unique position.

Dawn remembers doing berserk things like staging a zombie apocalypse and doing promenade theatre in Boston Commons with artists in costumes and pop-up performances everywhere. “There was nobody to tell us what we couldn’t do,” reflects Dawn. “We just sort of had ideas and threw them at the wall to see what people were interested in.”

With both New Exhibition Room and Front Porch Arts Collective, Dawn has always been interested in looking at things from a different perspective, in telling stories in a different way, and with a different cast of characters, such as when she staged Men on Boats with an all-female cast, including a transgender male and three people who were gender non-conforming.

She is also planning to direct The Three Musketeers with an all-black cast. “That sort of swashbuckling, restoration-like hero trope is not the place that you always see us,” says Dawn. “So we get to now insert ourselves into the story, because we were there all along, and we get to think about how we are going to tell it, and how we can make this more of our story.” 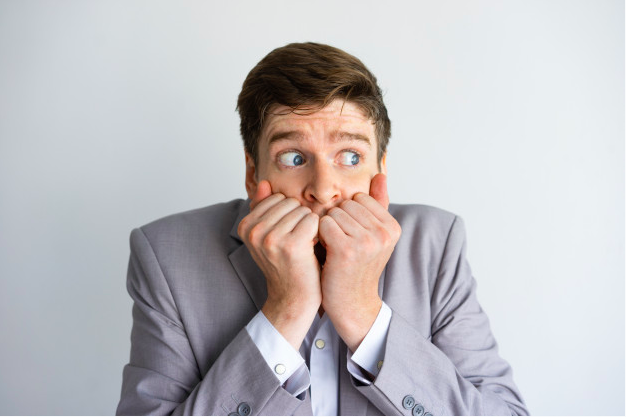 One of the top innovation tips you need to know is that innovation requires that you do something different, which is exactly what Dawn aims for in her theatre productions, and what all business owners should strive for in their companies. But that doesn’t mean everything you try will work.

In fact, Dawn says that the Men on Boats show that was mentioned above was a failure. Dawn assembled a unique cast and chose a unique vision for the story that was loved by all those who were working behind the scenes, including the actors and the parent company. Everyone was happy with the production, but for some reason, it didn’t resonate with audiences.

“It was hard to watch people go out on stage every night, and do this thing that we loved and that we believed in…you could hear people in the audience that were like, ‘I don’t get it.’” recalls Dawn. “The thing that we learned was that every night you still have to go out there, you still have to do it.” Accepting failure means saying, “We’ve tried this and nobody wanted it, and that’s okay.”

Dawn is perhaps a bit more resilient than others because theatre, and improvisation specifically, teaches you that it is okay to get uncomfortable, even in front of a group of people. “The ability to look foolish gives you the ability to try anything,” says Dawn. That attitude – and a thick skin – is helpful for any business owner or entrepreneur who wants to explore big, innovative ideas.

5. Find Business Partners Who Complement You

As Dawn reflects on her journey, she contemplates the people she partnered with along the way and how they helped her to become successful individually and as a company.

For example, before starting the New Exhibition Room, Dawn thought that she didn’t want to start a company of her own but rather wanted to run someone else’s company. A friend came to her and convinced her that they should start the New Exhibition Room together. “I have that person, that number two, who has the vision, and I know that I’m a person who can execute that vision,” she says.

Further, Dawn and Front Porch cofounder Maurice also complement each other. “One person who’s always shooting for the stars, and one person who’s like ‘let’s just hold back a little bit,’ has worked really well for me in all of the companies and all of the work that I have done,” says Dawn. “It’s just a good balance of dreaming and caution.”

Business owners and entrepreneurs can also find a complementary partner to help inside the business. How do you find the right person? Dawn says, “Every chance you get, find that person who pushes you, who scares you, who says that thing where you are like ‘we can’t possibly do that.’”

The idea generation process is of ultimate importance in innovation, which makes it one of her top innovation tips on the list. Dawn’s process is to capture every idea that comes to mind by writing it down and keeping journals. “If you come into my home, there are post-it notes of every idea I have, for stories I want to tell, things I want to write, things I want to try.” Her ideas are kept present and visible, so they are never far from mind.

Dawn also advocates having a group of friends to talk to and hash out ideas. She says that every once in a while there is an idea that just won’t let her sleep, so she gets friends together, gathers them in the room, and tries to hash the idea out. Using fun improv exercises, she can see where her friends take the idea. What they show in actions and dialogues gives her ideas that she can translate into her writing.

Idea generation can be a solo activity or a group activity, but make sure that it is action-oriented and aimed at pushing those ideas further.

7. Know-How to Learn From and Lead Your Team

“I think for us, the ability to humanize ourselves in story form is what has really worked.”

Being humble and learning from your team is a great strategy for any entrepreneur, in the same vein of the phrase ‘never be the smartest person in the room.’ However, the other side of managing a team is knowing when to take over and lead them.

As all the ideas are flowing in, the leader has to be the one to take those ideas, see how they are coalescing, and decide what it will look like when it all comes together. Collaboration is an excellent model for leadership, but there always has to be someone steering the ship—another tip from Dawn that budding entrepreneurs should keep in mind.

In the end, for any business owner or entrepreneur, innovation is only as strong as the fuel behind it. For Dawn, that fuel is her higher goal of making sure that there is a space for artists of color to get work, that more stories of people of color are told, and that audiences are integrated so they can get a better understanding as they watch these stories together. There are many ways to reach Dawn’s goal of combating racism. “I think for us, the ability to humanize ourselves in story form is what has really worked.”

While these innovation tips were all acquired from Dawn’s theatre work and business, they surely apply inside any corporate firms and business setups.